Announcing A Day of REST – the WordPress REST API conference

We are really excited to announce the first of some events that we have been working on. A Day of REST is a one day conference dedicated to the WordPress REST API. It is taking place on 28th January 2016 at Conway Hall, London. 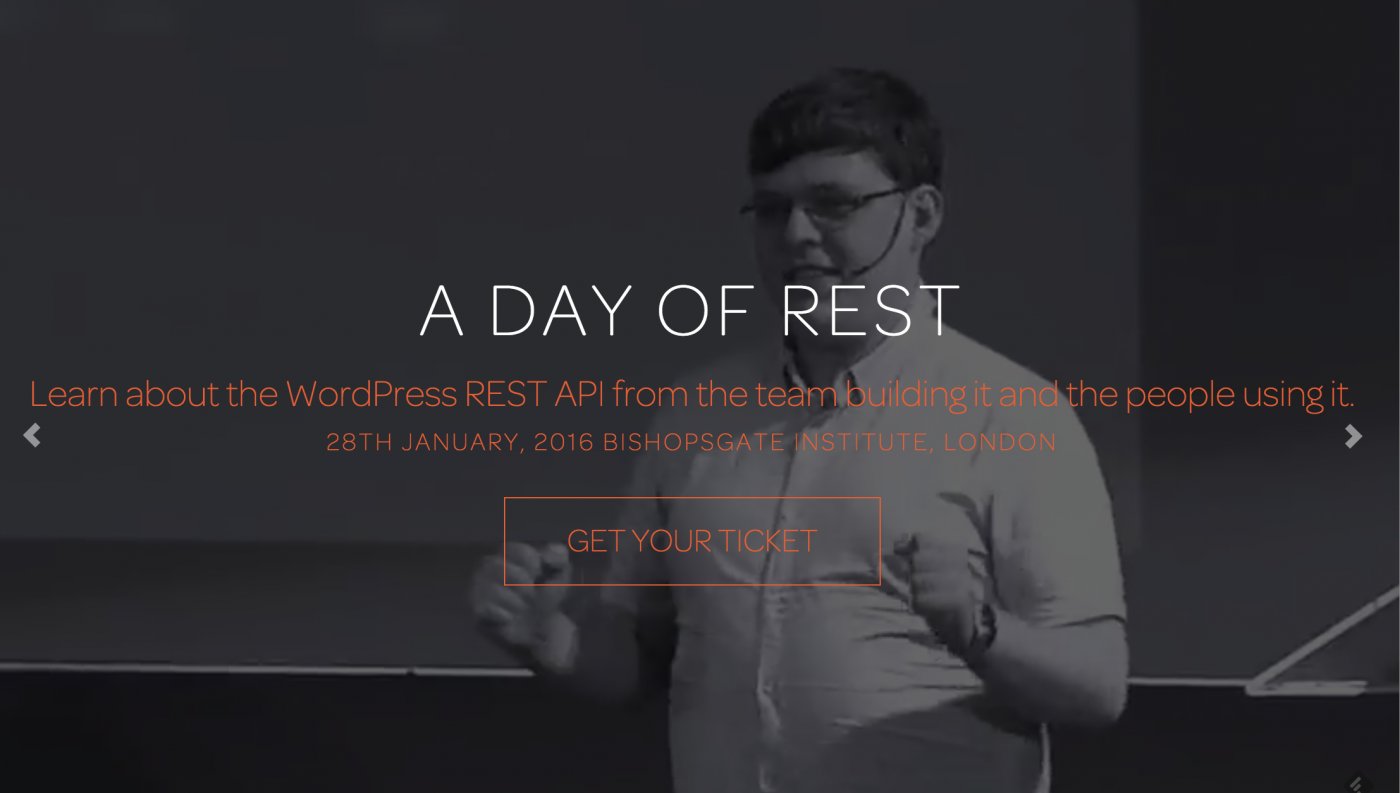 If you follow anything in WordPress, you’ll know that the REST API is one of the most anticipated features currently being developed for the platform. We’re very proud that two of our very own Humans are part of the project: Ryan is co-lead developer (along with Rachel Baker from Wirecutter), and Joe has played a major role in the feature’s development.

With so much REST API knowledge at Human Made, we wanted to put on an event to share what we’ve learned, and also share the experiences of other people who are already using the WordPress REST API. We think that the WordPress REST API is the future of WordPress, opening it up to new developers who can use WordPress as a back-end while building whatever application they can imagine.

We’re partnering with WordPress news blog Post Status, our Content Partner for the event. Brian will be bringing you coverage of the event and all of the sessions – we’re really excited to be deepening our relationship with him. If you want to learn more about A Day of REST check out the official announcement post on Post Status, or head to the website to learn more.

You can also follow Feelingrestful on Twitter for the latest updates and everything cool there is to know about the WordPress REST API.

See you in January!