It’s been a really exciting but intensive couple of weeks, working on a microsite for Airbnb to mark the 25th anniversary of the fall of the Berlin Wall on 9 November 1989. 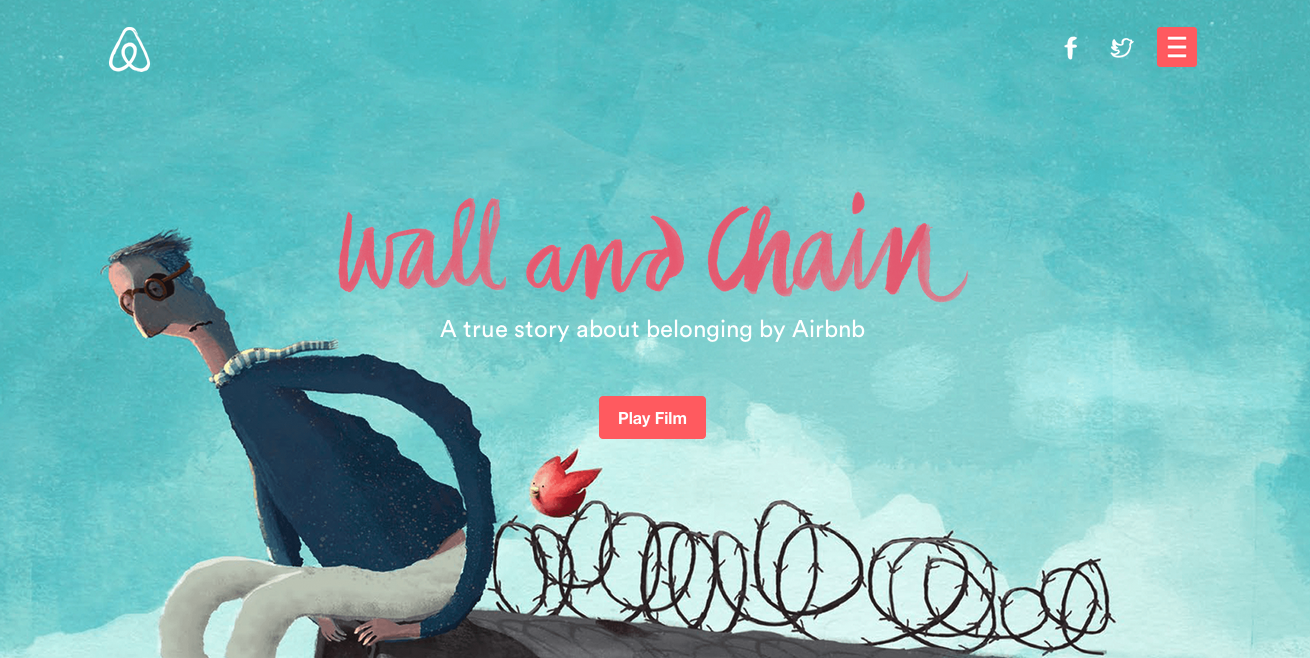 Airbnb commemorated the occasion by releasing a short animated film, “Wall and Chain”, telling the story of two former border guards from East and West Germany who met through a chance encounter via Airbnb in 2012.

The film runs on a microsite belonganywhere.com, which was developed by Human Made. The timescales for this project were super-tight with an immovable deadline of the anniversary date. Scott, Paul and Dasha worked their socks off to get the site completed in time for the launch on the 9 November. It’s great to see them get a mention for their hard work in the project credits.

Take a look at the site and look out for more details in the client case study to follow.