In 2016, we released Talking to 25% of the web: an in-depth report and analysis on the REST API, following the launch of the merged REST API into WordPress core. Today, we’re talking to over 30% of the web with our re-released and extensively researched white paper, Headless WordPress: The Future DPX.

This release introduces our latest projects using the REST API, including case studies on the TechCrunch and Fairfax Media projects. You can also expect an update on the challenges the REST API is facing two years on, and the changes that have happened since the merge occurred, one of the most monumental being Gutenberg’s adoption of the REST API to communicate data between the server and a JavaScript powered frontend.

With the REST API, WordPress stops being a web development tool used in isolation. It is one module that is available in a web developer’s toolkit; a building block to be used in many kinds of applications.

Human Made and the REST API

We’re deeply involved in the WordPress REST API project. We’ve hosted leading events to teach agencies, publishers, and engineers how to use and build with the REST API; A Day of REST in London and Boston, and a week-long Developer Bootcamp, A Week of REST, in 2017.

Our engineers have been at the forefront of the technology, and have led the teams working to build, improve, and advance the REST API.

Our experience with the REST API has led us to work with some of the world’s best known publishers. The re-released Headless WordPress: The Future CMS includes one of the most valuable additions to the updated report: the REST API being used in action.

Here is a taster of the case studies you can expect to see in our re-released report.

TechCrunch and the REST API

TechCrunch adopted WordPress and the REST API to help them decentralise their publishing experience: ensuring they could keep the editorial simplicity inherent with a WordPress backend, whilst making use of the REST API to create a user friendly frontend.

Fairfax Media and the REST API

Fairfax Media wanted a technology partner to support them through their latest digital evolution: building a custom CMS based on headless WordPress, with a modern publishing workflow, and an audience facing React.js based frontend. The REST API was instrumental in this process; enabling us to update, streamline, and improve their editor screen, and helping us build a modern newsroom experience.

Don’t get lost in the noise.

Stay informed on the future of digital experiences with our enterprise newsletter, ‘Word on the Future’. Covering the inside track on enterprise WordPress news with curated opinions and insights from those at the heart of the industry. 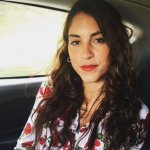 Ana is a Communications Manager at Human Made where she works on marketing, brand management, publicity, and events. Born in Lisbon, raised in London, and often found in coffee shop corners reading old poetry books.