A few weeks ago, we wrote about all of the things we’d done at WordCamp Europe 2017 and the Community Summit. Here, we’re taking a look back at some of our favourite presentations, and giving serious props to these fantastic speakers.

Franz Vitulli’s favourite long talk was Big Little Shame — a Tale of Empowered User Experience Through Localisation, by Caspar Hübinger. He felt it was really insightful and spot-on from a linguistic point of view. His favourite lightning talk, The Community that the Incubator Program Built, came from Thabo Tswana and demonstrated the inspiring and visible growth of the WordPress community in Zimbabwe. 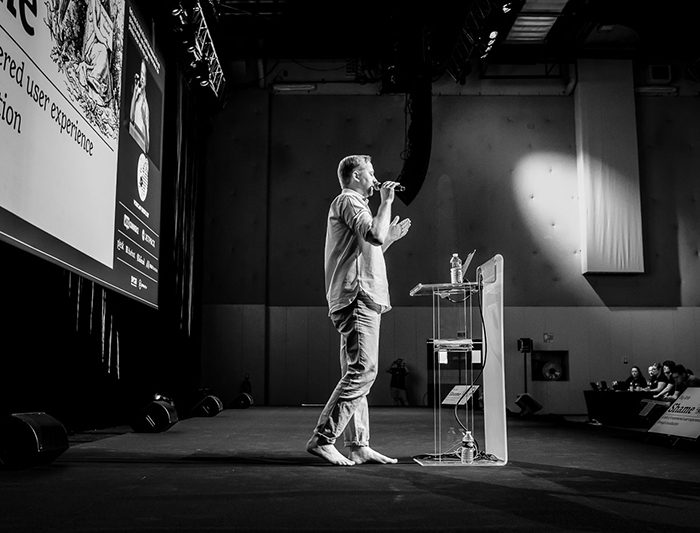 Bronson Quick was a big fan of John Blackbourn’s A Deep Dive into the Roles & Capabilities API and Boone George’s The Pernicious Myth of the Code Poet. Joe McGill saw several great talks, but Alain Schlesser’s, Demystifying the WordPress Bootstrap Process really stood out in its technical competence and proficiency. Alain’s talk was a favourite with our other developers too, Bronson Quick, Frank Klein and Peter Wilson.

As co-lead organiser, Jenny Beaumont didn’t get to see all of the talks she would’ve wanted to, but she did see John Maeda’s session and loved his unconventional approach to public speaking and his stage presence; ‘a very graceful speaker who makes a large room feel small and intimate.’

Andrew Nacin’s People Over Code was a favourite with Dee Teal and Peter Wilson. Dee loved the approach of looking at the human use first and then deciding how to code the situation, and really enjoyed Nacin’s perspective on her favourite question, what problem are we trying to solve here? 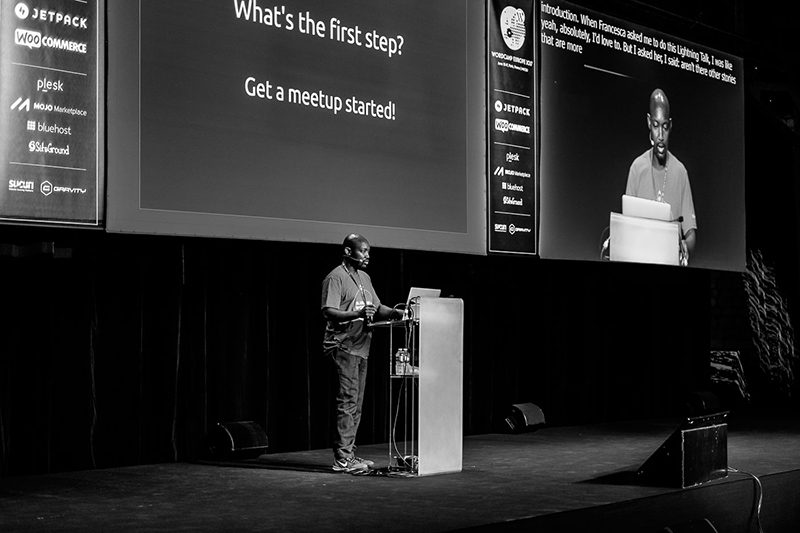 Peter also took a lot of inspiration from Mark Jaquith’s Security is a Process, which offered some interesting tips on trust: ‘trust no one, not even yourself’, to highlight the point that, as developers build their knowledge and experience they must remember, ‘[your] old code was written by a worse developer than you.’ Peter also really enjoyed K.Adam’s Data Visualisation with the REST API.

Ant Miller, a familiar face on stage with his charismatic emceeing, really enjoyed Morten Rand-Hendricksen on CSS Grid Changes Everything. He felt Morten presented his points eloquently and with wonderful examples, and did not let it feel dogmatic. Ant was also a big fan of all the accessibility talks; Rian Rietveld’s Accessibility in the age of the headless CMS and Adrian’s Roselli’s Selfish Accessibility were brilliant back to back presentations and both gripped the new context of accessibility in a headless CMS world.

Jon Ang saw many similarities between Human Made’s policies, processes and values, and Joshua Strebel’s tips for managing a successful business; or, 5 ways you be may be sabotaging your business + 2 proven ways to succeed. Jon felt that it resonated with his views prior to joining Human Made, and his positive perception of our human-first approach to business; it’s an approach he strongly believes in and one he feels is a crucial part of operating a successful business and creating a sustainable future.

How to Manage Unknowns as a Web Engineer