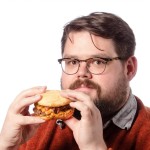 Ben has been working with WordPress in some capacity since high school in the early 2000s where he set up an blog he posted on with a couple friends. It no longer exists on the internet, which is good, because it is extremely embarrassing.

He got a bachelor’s degree in Film Production which has so far seen very little use: After college he ended up working in video game localization for half a decade or so before finally moving on to full-time web development.