We’re out and about around the world at the moment – here is where you can catch up with the Humans in October. Don’t forget to keep on eye on our Community page as well.

On Thursday 23 Oct both Noel and Scott will be presenting at WordCamp Cape Town 2014 in South Africa. This is really exciting as it is our first African WordCamp. Noel is presenting “W███████S”,  a session on how if WordPress is used correctly (or to the extent of its potential), it should become invisible. Later on in the afternoon Scott is running a workshop session on “Tools and tips to help you manage a remote team (or project)”.

The following day both Noel and Scott will be participating in the Contributor day, the first ever in Cape Town. It should be a great experience and a chance to get to know a new WordPress community. 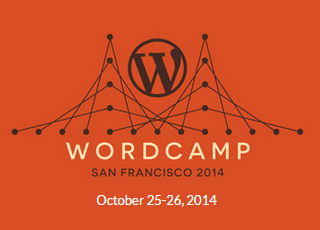 Up next, Joe, Jenny, Matt, Japh and Ryan will all be attending WordCamp San Francisco 2014. This is an epic two-day two strand event, one of the biggest in the WordCamp calendar. Our very own Jenny will be speaking at one of the lightning talks on the Principles of Debugging, a talk aimed at beginners running through some basic debugging rules.

This year the talks will be followed on Monday by a Community summit and on Tuesday and Wednesday by WordPress contributor team meet-ups. Human Made are well represented with Jenny and Japh on the Community team and Joe, Ryan and Matt attending the core development team meet-up.