During the last week of October, I had the privilege of attending & participating in The WordPress Community Summit, a by-invitation conference organised by the WordPress Foundation that took place in Tybee, GA.

The actual conference was a single day (Monday) un-conference style event where everyone had a chance to propose a session and then attend only the discussions which interested them, it worked great and I’ll go into more detail about how further into this post.

By far the most valuable aspect of the whole week (I arrived on Saturday and left on Wednesday) was the amount of amazing people I was able to meet, chat to and learn from. It really was an unbelievable group of talented people, the list of invitees reads like a who’s-who of WordPress movers and shakers.

I was lucky enough to share a house with a great group of people; Remkus de Vries, Zé Fontainhas, Siobhan McKeown, Simon Wheatley, Marko Heijnen & Cátia Kitahara were great fun, some I’ve met before at various WordCamps, others I met for the first time.

Chatting in the corridors 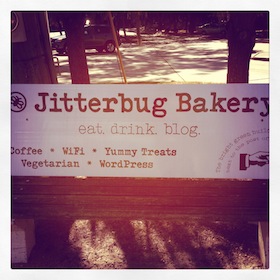 Whenever I attend WordCamps or other conferences the best bits for me are often the chance conversations that happen in the corridors between sessions or at the inevitable after party; WPCS was no different. I spent the majority of my time before and after the summit sat at Jitterbug alternating between working on my Air and chatting to various people.

I attended the summit with a pretty open mind in terms of what I wanted to get from it, however I did have one goal; To meet as many of the other WordPress Agencies as possible and quiz them on how they do it. That goal was achieved. I had great conversations with Simon Wheatley of Code for the People, Jake Goldman of 10up, Brad Williams of Web Dev Studios, Peter Chester of Modern Tribe & Aaron Campbell of Range, I only wish I could have spent more time chatting to Alex King, I have a huge amount of respect for Crowd Favorite.

I met Matt. For the first time. He was nice. More than anything I was surprised and impressed at what a solid developer he appeared to be, talking with him about the future of WordPress (it’s JS in-case you were wondering) and complex problems like on-the-fly image generation, backups, security, performance and auto updates I was amazed at his ability to have both the grand vision and the nuts and bolt knowledge; inspirational. 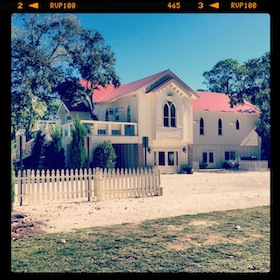 This wasn’t a group of people who agreed on all points, nor was it supposed to be; Jane & Co. did a great job with the invitation list and there were plenty of people invited who are or have been part of some of the various controversies that often reverberate around our industry. Now maybe it was because the conference was held in a wedding chapel (yes really), or because Jane had filled us full of delicious muffins but that controversy did not lead to the all out in-person warfare that one might expect when Kevinjohn Gallagher & anyone from the WordPress core team are in the same room. What it did lead to was numerous well fought discussions about some of the various sticking points that are still being worked out by the community as a whole, I attended one such discussion on the GPL.

We arrived at the venue fairly early in the morning as some of our housemates had [foolishly] agreed to help out with venue setup. Luckily there was coffee and cake on hand for us normal folks.

After some initial WI-FI issues (watching the combined technical might of the Core Team try to crack the router password was something I’ll never forget), Jane kicked us off with an introduction to the day. We were each given the opportunity to propose a topic for discussion, those topics were then collated, similar ones merged and organised into 4 rounds of 12 concurrent round-table discussions (or thereabouts).

I proposed a discussion around how WordPress businesses can better give back to the WordPress community, which is topic I feel fairly strongly about as someone who runs a WordPress company that wants to find ways to give back more!

Once the schedule of discussions had been organised by Nacin everyone was free to attend whichever topics interested them most, each group had a lead (whomever proposed it) and a note taker. Here’s a complete list of the topics covered:

I won’t go into the details of all the sessions as the notes from all of them will be made available on make.wordpress.org/summit once they have been cleaned up, until that happens you can read Mark Jaquith‘s summaries of both the morning and afternoon discussions.

Matt rounded off the un-conference with a whole group discussion on how WordPress can stay relevant over the next 5 years, it was a good discussion, the areas people felt WordPress needed to up it’s game most is it’s international support, both in terms of code and in terms of community; the responsiveness and persistence of the WordPress interface, making updates more like Chrome and working out how to make WordPress sites more social so they can better connect to peoples other places on the web.

Nacin and Koop then performed a humorous run through of the changes coming in 3.5, everyone was excited about media.

We finished at about 6:30 with a general QA before everyone jumped into cars and headed over to the incredible Crab Shack for an evening of sea food (although not for us vegetarians), beer and even more talking.

Overall the whole WPCS experience was incredibly inspiring, I left feeling incredibly privileged to be a part of such an amazingly talented and diverse community. I can only hope I get invited to the next one! 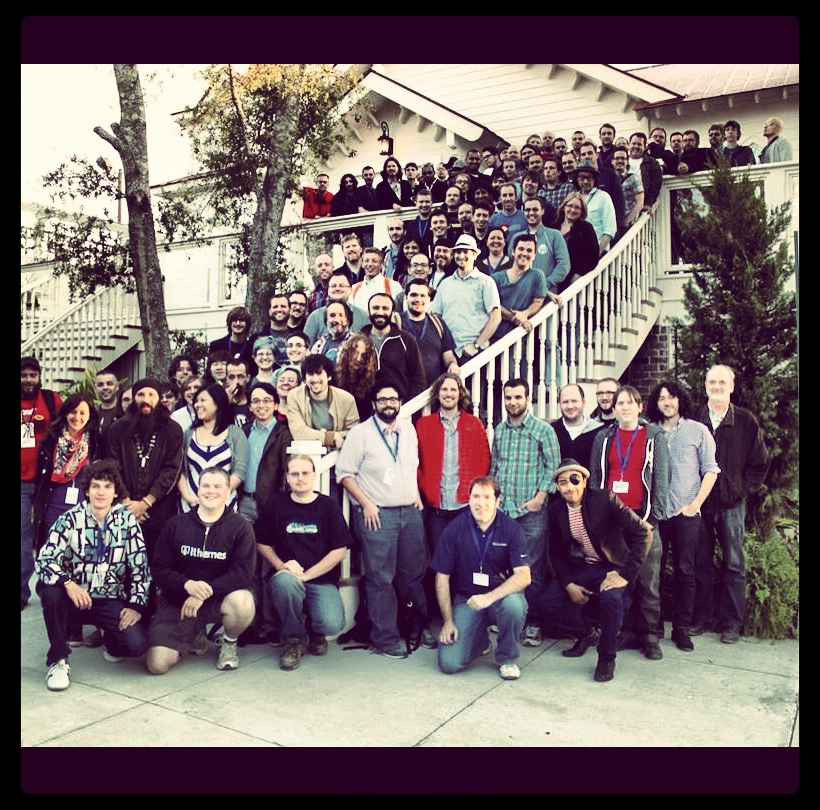